The Clearinghouse begins:  9th Street Blues, a short piece about a boy, his bicycle, his father’s drugs, and the second Dust Bowl, is out now on Smashwords/everywhere. 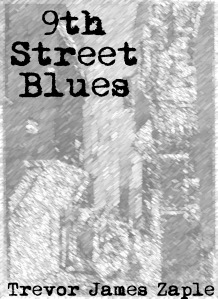 Description:  Tommy spends his days riding his bicycle on the dust-drifted streets of Woodward, Oklahoma, delivering the chemical compositions of his adoptive father Sal to the few customers that remain. The fields pull up little but dust and poison, and the majority of the citizens have departed for greener pastures in resurgent post-war California. On his last day as bicycle courier/drug mule, Tommy makes his rounds – but with one vital difference. 9th Street Blues originally won the top prize in Chapterfy’s inaugural short story contest.