Presented for your amusement: a collection of the sort of things people pay to read. Peruse at your leisure; perhaps you’ll find something interesting, or at least a new short fiction outlet to follow. 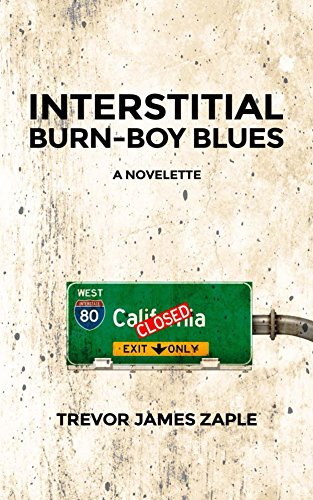 Tommy and Stuart are travelling to California for two very different reasons. Tommy has been chasing love across the dried-up, burnt-out ruins of the once-populous American Midwest. Stuart is hunting for his wife and daughter’s killer, a man he once called his neighbor, who fled the snow-choked corpse of New York City after a winter storm finally did the metropolis in. When a chance encounter on a passenger bus heading west strands the two in the forsaken underbelly of Las Vegas, Tommy and Stuart find that getting passage into the Golden State’s “promised land” is much harder than they ever imagined.

Richard Adams loves his job – or maybe he just wants to ignore everything that’s going on outside of it. As the world rapidly turns into a plague-filled charnel house, Richard keeps on running his store as though nothing had changed. Even after he closes down for the last time, he can’t quite bring himself to believe that everything has changed.

The world rapidly disabuses him of this notion. The realities of the new world create opportunists who will murder and enslave. Richard barely escape from some of these opportunists with his life. Alone, he wanders the deserted countryside of southern Ontario. Company is scarce but booze is plentiful. By the time he wanders into the town of Brantford, his head is too dull too see things that should alert him. Things like garbage bags over the streetlights, fresh white paint over every scrap of the written word, and the footsteps that follow him through the empty streets.

He awakens in Purgatory, but he discovers that Purgatory is man-made. Pressed into service with a bizarre end-times cult, Richard finds a second chance at finding friendship and love amongst the ruins of the world. When an ominous evil bears down on them, however, will Richard be able to save those he loves? Caught between two overwhelming forces, Richard must choose, and the fate of everyone he cares for hangs in the balance.

BLEED ERROR – IN BETWEEN DAYS

AMARILLO BAY – ALL THE CLOCKS HAVE STOPPED IN MEMPHIS

SOTEIRA PRESS – GHOSTS ON THE BACKROAD

FIVE ON THE FIFTH – WALK INTO SPLINTERED SUNLIGHT

PLAY WITH DEATH – THE FIRST MARK OF SURVIVAL

TANSTAAFL PRESS – AND I WILL SING A LULLABYE