Enter The Apocalypse is a new anthology of short fiction from TANSTAAFL Press that I have the good fortune to be included in.  It will be the first in a planned trilogy of apocalyptic-themed anthologies from TANSTAAFL.  Enter The Apocalypse examines the apocalypse at the point of impact.  In celebration of it’s impending release, I have a guest blogger today!  This has literally never happened before, so I’m going to get out of the way and turn the proceedings over to Mr. Russell Hemmel.

(“Russell Hemmell is a statistician and social scientist from the U.K, passionate about astrophysics and speculative fiction. Recent publications in Not One of Us, Perihelion SF, SQ Mag, and others.”)

“You can’t but admire this virus’s purity. It’s elemental, uncomplicated, deadly powerful. We’re lucky not to be his target.”

“Virus are ten times more numerous than bacteria, did you know that?”

In the last six months I have, as a fiction writer, contributed stories to a few anthologies, all dealing, in a way or another, with visions of a dystopian future. While not all of them featured an apocalypse, they were all bleak enough to made readers think that one was indeed on the way, or had just happened.

As a (social) scientist and astrophysics passionate, I have to say that what scares me the most is not the possibility of destructive cosmic events – such an asteroid impact of the kind that’s considered responsible for the Cretaceous–Paleogene extinction (and the death of the dinosaurs), even though books like Stephenson’s Seveneves are frightening enough.

[In case you haven’t read Seveneves, I do recommend it – no matter if you’re not a SF fan. There’s a lot to enjoy in this novel that has nothing to do with SF. What’s about? It deals with the aftermath of an unexplained – and utterly disastrous – disintegration of the Moon, and the world efforts to preserve human society in whatever possible ways. The first one is to build arklets in lower orbit using the ISS as starting point.

I especially liked this quote, that I think represents well the book’s spirit. “We’re not hunter-gatherers anymore. We’re all living like patients in the intensive care unit of a hospital, and what keeps us alive isn’t bravery, or athleticism, or any of those other skills that were valuable in a caveman society; It’s our ability to master complex technological skills – it is our ability to be nerds.” ]

No matter how convincing Stephenson’s scenarios and frightening the dinosaurs’ destiny, as a professional statistician, I think it’s far more probable that the next global catastrophe is going to be man-made. Here the possibilities are endless – from climate change to a highly infectious plague to a nuclear holocaust.

What keeps me awake at night at times is the sensation we’ve now reached a level of scientific development where we can summon forces that can easily destroy the planet, without the wisdom to handle them and even less the foresight to understand cause-effect mechanism on a longer timescale than the human life. The endless discussions on the responsibilities of climate changes – from people denying global warming to others debating if it is indeed a consequence of human action (Crichton’s State of Fear is a good albeit fictional example) miss the whole point: the agent of changes doesn’t really matter when an epochal change is on the way. The state of the Arctic can’t be denied by anybody that makes his/her own research, as the mass extinction of species we are going to face in the coming decades and that already started. Science is pitiless, folks, it’s not a question of opinion. Evidence speaks louder than our delusional beliefs.

As anyone else, I have my personal vision of apocalypse, the one that would probably freak me out the most, and that I’ve often written about – and it is in the form of a plague we have manufactured ourselves in some sort of experiments gone wrong. Terror apart, I won’t be that astonished to read something like that in the press one day or another. If any, I’d be surprised it has taken so long to happen. Welcome to a dystopian world. 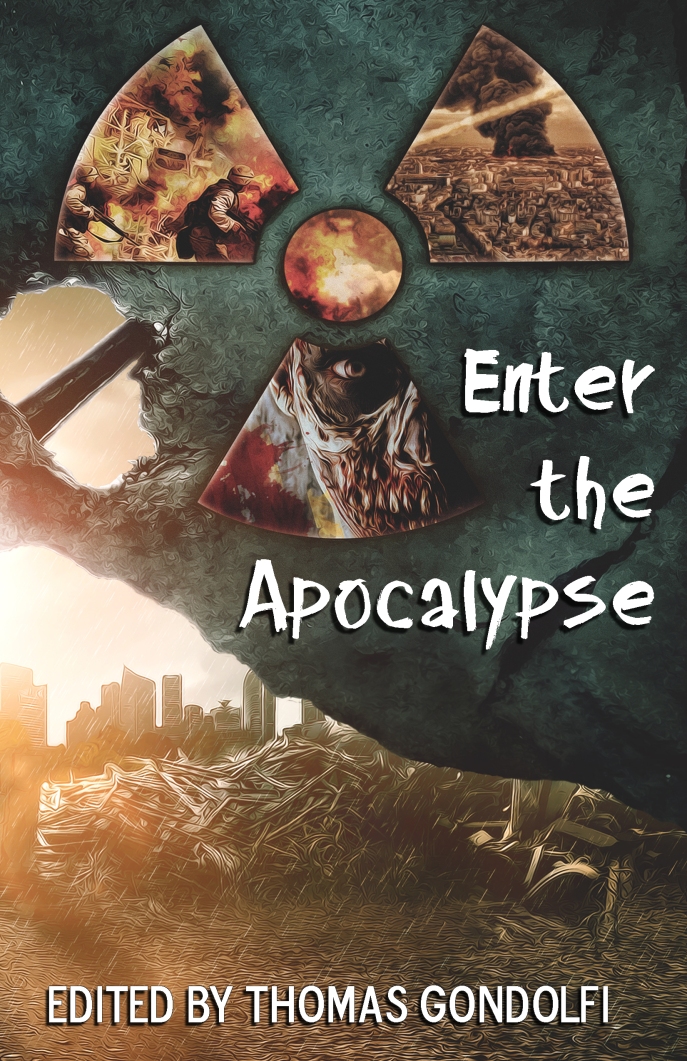