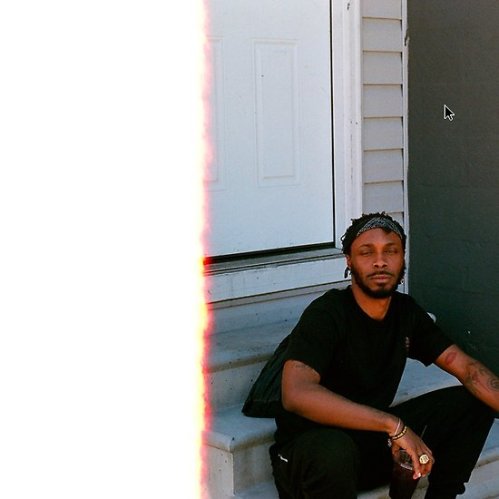 Brooklyn by way of backwoods Alabama, actual veteran peggy’s entire style seems like a extension and bitch-slap of the style and conceit of Death Grips. I think he even said as much, albeit probably on 2016’s Black Ben Carson. It’s an exercise in pure controlled chaos and it’s highly relatable, in that I also cannot fucking wait until Morrissey dies, and I also like giving the finger to the alt-right. 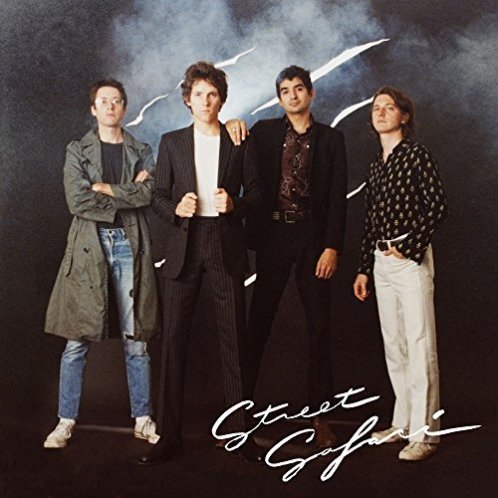 There are all sorts of great songs from the late 1970s and early 1980s that go by the wayside every day because everyone wants to remember the goddamn Sex Pistols but relatively few people want to celebrate the one-time existence of the Undertones and the Adverts. Not Public Access TV: they want to remember when punk rock, New Wave, and the poppier side of Seventies prog wanted to get together and groove. 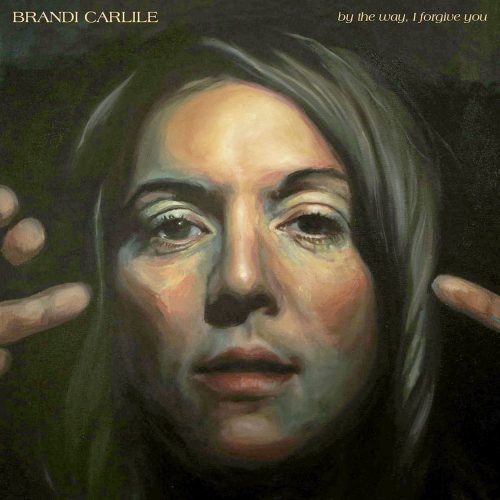 By The Way, I Forgive You  (Atlantic Records)

Honestly this album had me from the moment the music welled up underneath the title lyric on the opening track, so maybe everybody could shut the hell up about Kacey Musgraves for five seconds and appreciate just how goddamn good it is?

#37: The James Hunter Six – Whatever It Takes 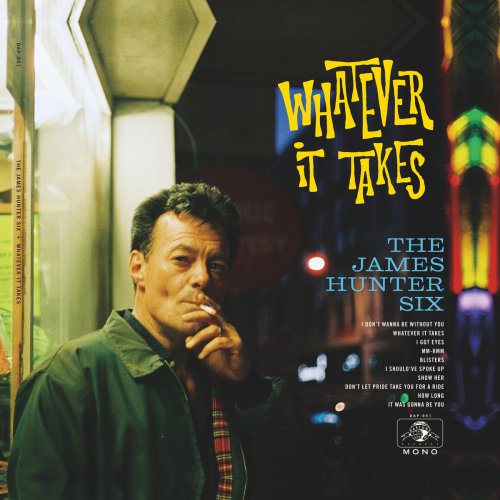 Whatever It Takes (Daptone Records)

The James Hunter Six are one of those rare bands where the music sounds exactly like what you’d expect, given the album cover. If you’ve had a blue-eyed soul-shaped hole in your life lately, look no further. Even better, it’ll only take you 27 minutes, because it’s 0% filler.

MGMT got on the radio ten years ago almost as a joke and have been paying for it ever since. A psychedelic Kinks-loving band underneath all of their modern trappings, they’ve been writing tasty pop confections to little fanfare since none of it sounds just like “Kids” or “Time To Pretend” (boy wasn’t THAT song a little prescient?) Little Dark Age is the closest they’ve come to approaching that radio-killing sound since, so that’s probably why it finally got some playlist love.

After briefly disappearing up their own asses on An Object, lo fi experi-punks No Age have come back to Earth with a record that plays to all of their strengths – their hazy, bashy, collapse-on-the-bed-and-exult strengths. 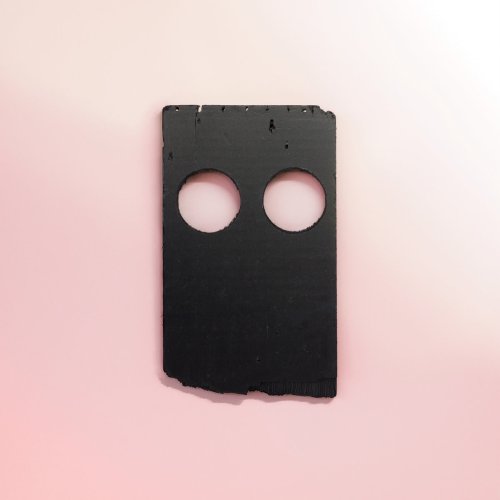 I used to use 2001’s Things We Lost In The Fire as a soundtrack to walk my eldest daughter to sleep when she was a colicy baby. Later, I discovered a deep love for the hushed majesty of 1994’s I Could Live In Hope; Double Negative is like both of those albums, but it’s also something a little more. After 24 years, the Utah duo finally seems like they’re letting go, and allowing themselves the luxury of colouring outside the lines. There’s ambient and krautrock influences in here that have never appeared so strongly before, and the music is so much more exotic as a result.

Fierce, open, and blisteringly honest, High As Hope fulfills the possibilities that previous Florence albums seemingly only hinted at.

#32: Courtney Barnett – Tell Me How You Really Feel

Tell Me How You Really Feel (Mom + Pop Music)

Melbourne alt-tastemaker Courtney Barnett delivered a third album that was heavier and angrier than her previous work, but kept the quirky ability to distill mundane observations into literary and musical gold. 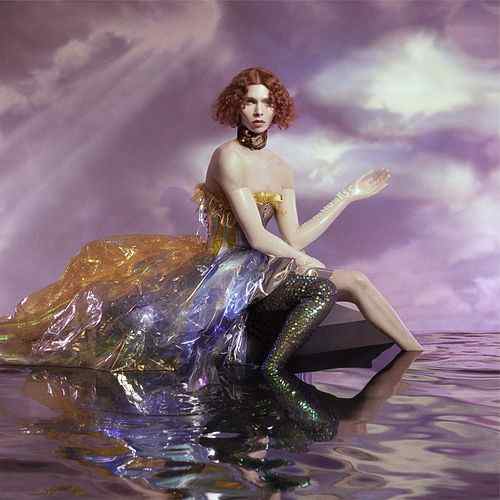 Sophie Xeon is a next-generation pop star with a sound that fashions modern tension and questions everything up to and including itself out of the tawdry junk-club sounds of the past two decades. Sophie is Gibsonesque; a pop star you aren’t sure really exists outside of their own idea, the idoru, multiple spirits become one, legion. 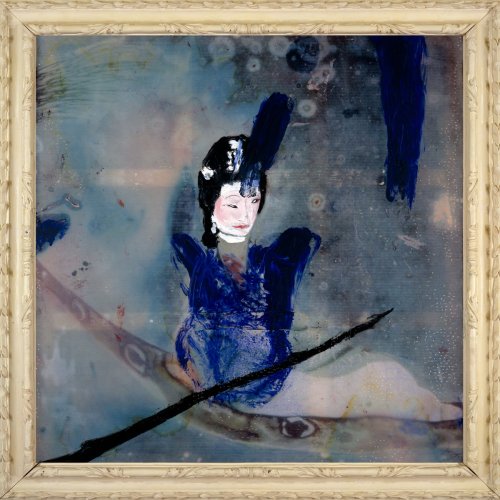 Have you ever been walking along a fetid city street late at night and the smell of the sewer wafts out of the grates at you? Or, have you ever been on a subway and they open the windows? That’s what these short, savage bursts of jazz sound like.

Deafheaven have always been more than the sum of their parts. Sunbather caught people’s ears – mine included – because it was a fresh take on not only how to do black metal but how to approach metal itself. Metal has always had a strongly masculine streak, because the construction of masculinity historically has required animal aggression to be a necessary component of it, metal trades in nothing if not animal aggression. Unfortunately this has meant that a lot of metal, from brutal extreme to hairy pop, has dealt in the worst toxic aspects of constructed masculinity. Black metal was maybe the most insidious of the genres for this, since the channeled, toxified aggression found an outlet in increasing tendencies toward racist nationalism, including Varg Vikernes and the entire NSBM scene.

Deafheaven, like only a few other bands, has taken a different approach to the aggression. Here it’s an inward-facing aggression, aggression that asks root questions: where does the impulse to aggression come from? From the cold fact of mortality? From the grief of others? From the grief of the self? What other metal band, regardless of genre, would say

“I have wondered about the language of flowers,

and I have wondered about the language of flowers

And you, elaborate mosaic, greeting me

Gentle, the swamp takes my ankles”

Of course, the music now, three albums after Sunbather, pushes beyond metal into post-rock. At times, it answers the question “What would Explosions In The Sky sound like if their favourite album was In The Nightside Eclipse?” Clean, fat guitar melodies soar like eagles (or First World War pilots) over the carnage the roils beneath them. Spacious, languid moments suddenly leap forward into hellish black metal blastbeats. It’s musical evolution in real time, and I am here for it.

The Baltimore dream-pop duo’s seventh album finds them expanding on their sound, moving past the distorted downer-vibe of Depression Cherry to add huge piles of noire ideals and ecstatic rock ‘n’ roll breakouts. Music for watching blurred neon lights to. They started off wanting to be Mazzy Star and Galaxie 500, and now they’ve entered that pantheon, if “The Stars Of Dream Pop” is a thing.

It’s been the biggest open secert of all since December of 2013 but, if you’ve somehow escaped it, here’s the deal: the era of the Boss Ass Bitch has arrived, and we’re all just living in the aftermath. Cardi is the latest, and in a sense the most bad-ass. Also the most accomplished – first woman in history to have five simultaneous hits on the R&B/Hip Hop Top Ten. That’s half the chart, fam. Is she a stripper? A singer? A rapper? Yes. 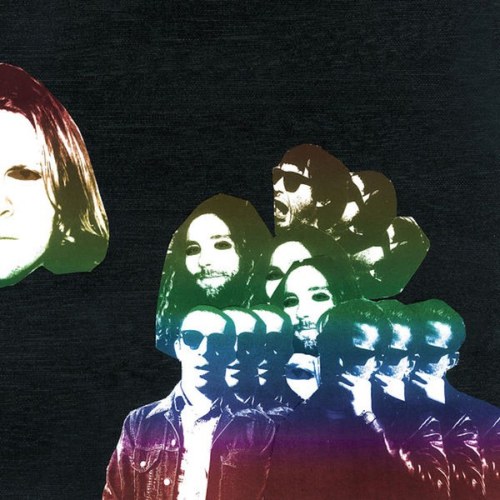 Ty Segall is more prolific than pretty much anyone not named Bob Pollard, and 2018 was not an exception to this rule. With 4 albums bearing his name at least in part, it’s been a year filled with mutant funk, heavy rock riffs, and greasy lysergic cheer. Freedom Goblin is still the best of them, though, if for no other reason than the fact that every single song is a celebration of the grave of the Seventies, from the desolate ballad “Rain” to the Sabbath-gone-disco vibe of “Despoiler Of Cadaver.” If you’re one of those smug assholes who likes to say they don’t make good rock music anymore, choke on this. 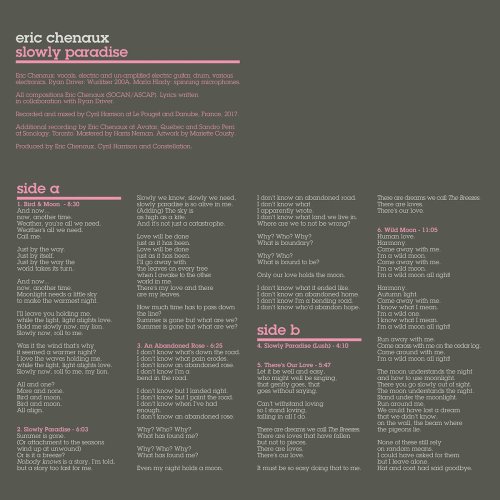 It’s Constellation Records, so it’s going to be messy, experimental, and probably a little pretentious. Sure, it’s all of those things. It’s also gorgeous, because Eric Chenaux has been doing this for a very long time now and he’s become exceedingly good at it. Slowly Paradise sprawls when it can, wears its jazz influences on its sleeves, and anchors it’s success to Chenaux’s smooth, whiskey-tongued voice.

Sprawling, haunted, and spacious, Dead Magic is the kind of record you put on when you’re a witch and you need to psych yourself up to be the most badass creature in the entire deep dark woods.

Mutant pop seemingly made by aliens, indie rock for a generation removed into the future. Slice-and-diced music that was rearranged by a hand driven by pixie stix and Frosted Flakes, maybe a little dandruff. 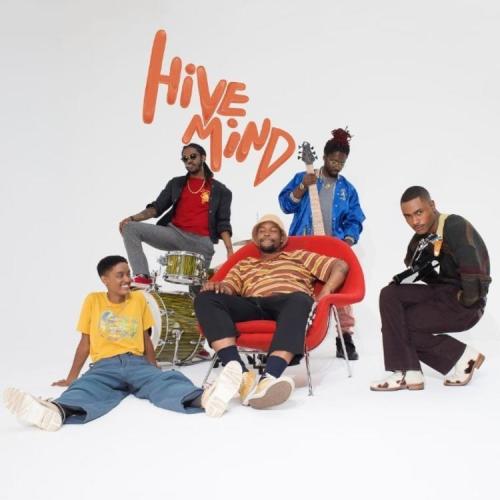 Sultry, soulful funk from one of the best bands on the planet, featuring Odd Future producer/Vince Staples collaborator/brilliant R&B singer in her own right Syd.

The latter-day pride of Gary, Indiana goes all in on his fourth studio album, hitting the right balance between hard-edged coke talk and a filthy sense of humour. It strips his music of all pretense and frill, getting right down to his most essential elements, and his most wild.