Economic anxiety means being ready to hunt deer for food if the Walmart truck stops delivering.

I actually don’t know how Ms. Arrow meant this, whether she was being sincere or sarcastic or some other layer of the protective wrap we use when interacting online, but I feel like it says something interesting about modern American civilization.  We all take for granted the lines of infrastructure and administration that make what we think of as Normal Western Life:  stores stocked with all the necessities of life, gas in gas stations, roads to take us from point A to point B and, more importantly, to bring in goods from point B to wherever we’re living.  All of that is supported by an abstract layer of considerations of profit and loss.  There are Wal-Marts in these sprawling rural areas because it is profitable – what if it becomes no longer profitable?  What if the economic underpinnings of a region fall apart and corporations no longer deem it profitable to continue operations in those regions?  When there’s no money in selling food to a dwindling population (both in terms of numbers and economics) then where do those people get food from?  A good percentage of the area would leave, of course, but there will be an underclass of individuals who cannot afford to leave, and are caught in a situation where a modern Western conception of life is no longer possible.  There are many parts of the United States where repeated crop failures would produce such a scenario; if the farmers only pull up dust, then all of the industries that revolve around their crops will only pull up dust as well.  What of the people who continue to live there, out of lack of anything else to do?  Well, as Ms. Arrow suggests, knowing how to hunt deer, etc. would be a key skill for survival in those areas.

The idea feels bizarre to most of us because we live in places where the infrastructure is so solidly entrenched that it’s inconceivable that a business as fundamental as selling food and everyday consumer goods could ever be not profitable.  Yet Ms. Arrow’s tweet points to an uncomfortable weak point in the narrative of the modern world.  It wasn’t all that long ago that we were living in a world without cars, or electricity, or even an established food industry that had caravans of trucks on the road 24/7 365.  Food insecurity is endemic to human history.  It’s only since the end of the Second World War that the West has even made strides toward reducing food insecurity to an unfortunate underclass of it’s population – the ultimate losers of capitalism.  Elsewhere, it still exists, and in large parts of the world it’s still a crisis situation.  The idea that there wouldn’t be a Wal-Mart in Branson, MO or Woodward, OK seems laughable right now, but that laughter is cut with a tone that’s perhaps a bit too shrill, and a lot of darting the eyes to and fro.  The news is full of dire warnings if you look closely enough; climate change means more than just the world getting warmer, as too many still believe, and it’s effects will be felt in places that aren’t the ones we’re accustomed to shaking our heads sadly at when reading the news.  It won’t just be a problem for sub-Saharan Africa, or Bangladesh, or the doomed populace of the South Pacific island chains.  The world that is coming will bring superstorms to the American East Coast, lethal winters to the Rust Belt, permanent flooding to the coasts of Florida and Louisiana, and potential crop failures throughout the Midwest.

The outcome:  uncertainty featured in Western life in a bigger way than at any time since the Revolution.  “Economic Anxiety”, a factor that led to the current American political situation, a term that’s often used in a derogatory fashion (and, often rightfully, as a stand-in for blatant white nationalism).  If we strip back the layers of that sarcasm I mentioned earlier, the kind that prevents us from having to feel the things that are said to us and that we say online, that term reveals something important, however.  The people experiencing economic anxiety are often the people who live in mostly rural areas, where manufacturing jobs have largely dried up and the needs of the agricultural industry are dwarfed by the number of people who need work.  These people are, for the first time in at least two generations, experiencing real, visceral uncertainty about their potential for long-term survival.  If there are no, or not enough, primary or secondary industry jobs, then there is no basis for support for a tertiary service industry.  If it’s not profitable for corporations to continue in these areas, then they won’t.  It’s little wonder that, in the face of the entropy of their families and neighbours, many in these areas are turning to opiates to avoid dealing with the slow death of the lives they’ve always known. 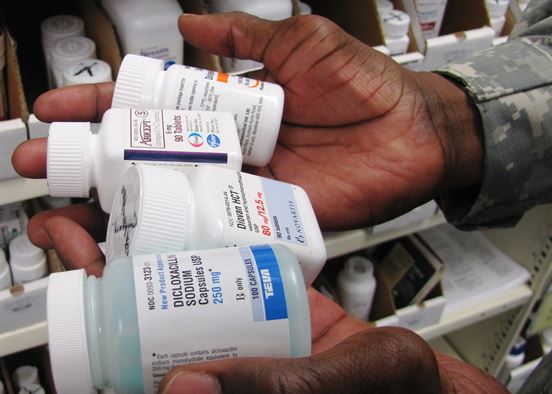 Look at mapped data of the horrific opiate epidemic sweeping through America.  The highest rates of overdose deaths are the Rust Belt:  New England down into Ohio and North Carolina, and west to Michigan, Wisconsin, Illinois, and Missouri.  Where jobs and hope have left, heroin has swooped in.  A wraith-like half-life has been substituted for the American Dream and, given the priorities of legislative bodies on both the federal and state level, it will assuredly get much worse before it gets better.

For a more literary take on this, I invite you to read my novelette 9th Street Blues, which imagines just such a scenario.

Also, mark your calendars for August 1st (subject to change) when my novella Interstitial Burn-Boy Blues will be published by ATM – it’s a direct continuation of the above story and further examines this dark, climate-scarred future America.